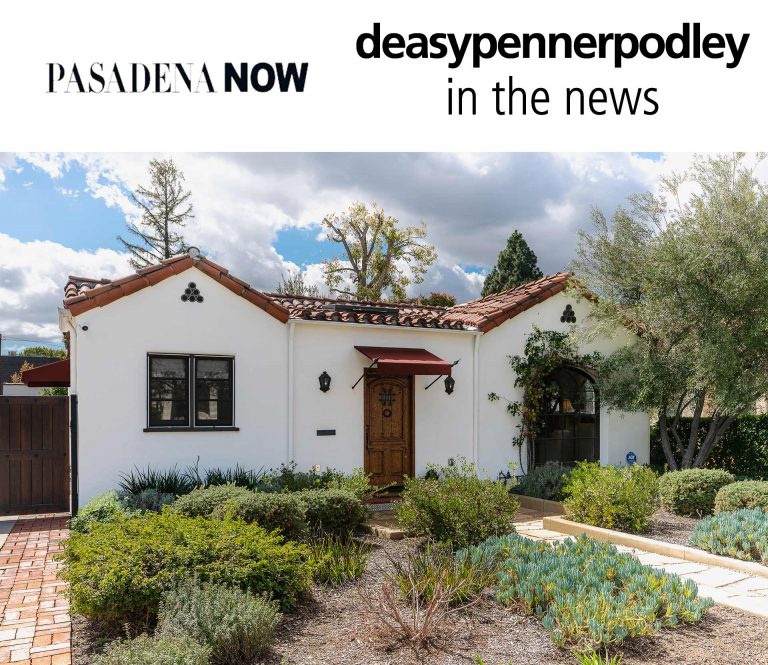 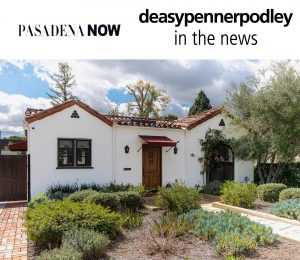 Demand for housing in California is weak and new housing construction is expected to slow throughout the state, including in Pasadena, in 2019 and 2020, according to a new economic study by UCLA. But local Realtors say the outlook remains sunny for existing home sales in the Pasadena area.

In his latest quarterly report released on Wednesday, UCLA Anderson School of Management Forecast director Jerry Nickelsburg led a group of economists who downgraded their forecast of the state’s real estate market.

The Anderson Forecast concluded new housing starts will slow this year and the national economy will shrink “to a near-recession pace of 1.1 percent in 2020” before increasing again in mid-2021.

“First, the forecasting is basically about new construction versus the resale market,” said George Penner, chief executive officer of Deasy Penner Podley. “New construction is a very small percentage of the market in Pasadena. The report did say home sales were down a touch in January, and a lot of that had to do with heavy rain and the federal shutdown.”

“That put a lot of people on the sidelines,” Penner said. “Rain keeps sellers from putting their homes on the market.”

To read the full article visit their website here.

Meanwhile existing home sales locally are expected to rebound as typical in the spring, said Eddie Ramirez, president-elect of the Pasadena-Foothills Association of Realtors.

“January home sales were down across Southern California, but I would not necessarily compare it to the ‘start of the housing crisis of 2007’,”said Ramirez. “From personal experience, January is traditionally a slow month. The weather in itself can result in a delay in listings, affecting the overall timeline of a transaction. From recent reports, sales in January have dropped, while home prices remain stagnant. It will be interesting to see the performance in the coming spring months.”

Ramiro Rivas an agent with the Pasadena office of The Agency said there isn’t exactly an abundance of land for new construction in Pasadena.

“There’s no existing free space that you can just buy and construct,” said Rivas. “It’s land that’s being repurposed, say a zoning change in a particular neighborhood and you can build 20 townhomes. Developers are buying property with maybe a smaller structure and knocking it down and building new units.

“But also you have people buying a lot and they’ll build a new home to where the construction is to the maximum allowed building coverage for the lot,” Rivas said. “The thing is, the real estate market in general is now at what you would say is a “normal” real estate market. Buyer and seller need to come together and move forward and go from there.”

Pasadena has so much going for it and it’s a self-contained city, generally insulated from many of the national trends, Rivas said.

Penner added that existing home sales in the Pasadena area are on the upswing and there is actually a supply-and-demand issue.

“Sales are rebounding nicely and we have significant activity,” Penner said. “Also, there’s still a shortage of inventory. We’re looking at, or below, three months. A normalized market is six to eight months.”

Penner said the time is right for buyers.